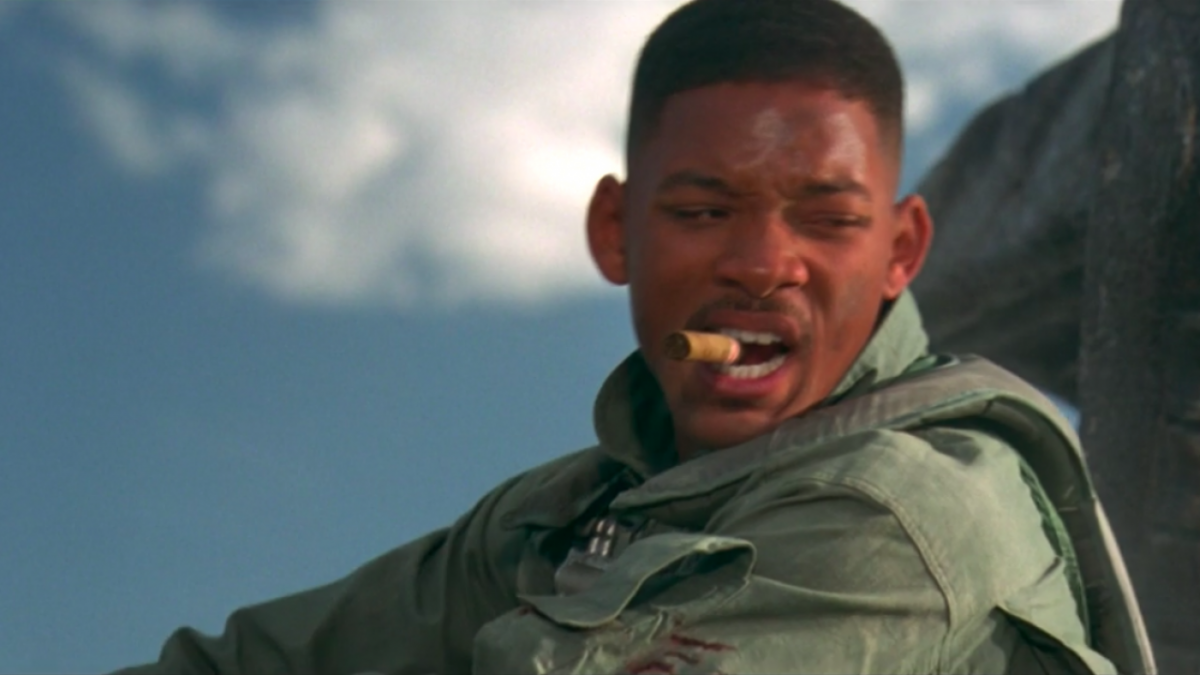 Independence Day serves as a reminder of how good big escapist Hollywood movies used to be.

It’s also a reminder of what the principles of America were meant to be, and that we should hold these ideals in high regard and attempt to live up to them, just like we looked up to Will Smith when he punched that alien in its stupid face.

These are what I think one needs to believe to be “American”:
1) All people have equal inherent worth as human beings, and no person is worth any more or less than any other, regardless of income, race, or any other surface-level characteristic.

3) If you want something, work hard at it and don’t give up

4) Do what is morally right, even at great personal sacrifice

Is this always the reality of America? Of course not, especially now. There are hundreds of millions of people living in America. But we create reality through the sum of our collective beliefs and actions, and as Michael Jackson once probably said, “if you believe something, you’ll make it real! Sha-mon!”.

Believing in what America sometimes is and could be is what makes someone American in my book. You don’t need to be born in the US or even an American citizen to be “American”. In fact, the most American people I know come from places like the Congo, Mali, Afghanistan, Iran, Thailand, Hong Kong, Taiwan, China, and others. Conversely, some of the most un-American people I know were born in America.

So, to all “Americans” out there, have a happy independence day, and never give up on your ideals.
…Now lets go grab the most powerful explosives we can legally obtain and go blow some shit up. 😎