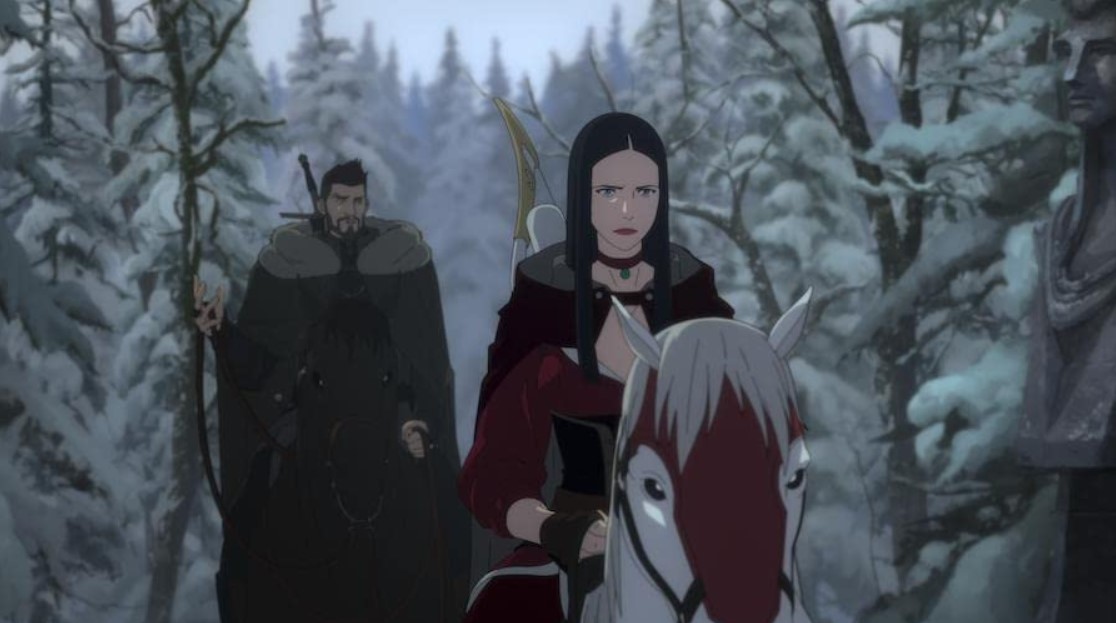 I watched The Witcher: Nightmare of the Wolf last night (Netflix). As someone who has read all of Sapkowski’s books, enjoyed the Netflix show, and has been playing The Witcher III since 2014 (still only 50% through!), it was definitely time well spent.

Story-wise, the film follows Vesemir, Geralt’s older Witcher mentor, and tells the story of a formative series of events in his (relatively) early life. In terms of adding to the lore, the focal event of movie is the sacking of Kaer Morhen, the training ground and safe-house where the Witcher School of the Wolf trained and spent their winters. The sacking was frequently referenced in the novels and games, but the exact circumstances of it had not been expounded upon. It’s an exciting and engaging ~80 minutes of runtime, and there’s zero fat to cut and nothing that drags. In fact, one of my criticisms of the film might be that it’s a little too fast-paced, and there are quite a few places where dialogue or events could have benefitted greatly from having more time to breathe. Overall, it tells an engaging, emotionally satisfying story that definitely adds to the books, netflix series, and games.

Visually, the film was produced Studio Mir, the South-Korean animation house, who also produced Avatar and Legend of Korra (neither of which I have watched, but the visual style is definitely there). The animation is detailed, fluid, and frequently impressive when in action. My only gripe here is the way Vesemir is drawn — they drew him a little too smug. I guess I know what they were going for, trying to imagine what the Vesemir of Witcher III would have been like less tempered by age and world-weariness, but I think they went a little too far with his visual design. Ultimately, though, as an animation, they are targeting a wider audience than before, and I think the visual design of the lead characters makes this hard to forget.

The English voice acting holds the film up. There are a few slightly awkward deliveries by the leads, but it was generally quite well acted given the audience and tone of the film. This is a relief, because in animations, the voice acting is what makes or breaks the emotional connection the viewer has to the characters and story. I didn’t look up who did the voice work in the event that any of them were celebrities.

I don’t know if these are real easter-eggs or are accidental, but there are a couple of spots in Wolf that may make you chuckle. One seems like a clear visual and then audio reference to Elias Toufexis as Adam Jensen in Deus Ex: Human Revolution. You’ll know it when you see it. The other is that a key character reveal at the end looks just like the main character of Studio Mir’s Avatar.

Overall, I’d say Wolf is absolutely worth a watch if you enjoyed the books, games, or show. If you didn’t like the show but like animation, I think it’s still worth a try as its more accessible and more quickly paced. If you are looking for a numerical score, I’d give it a 7/10.